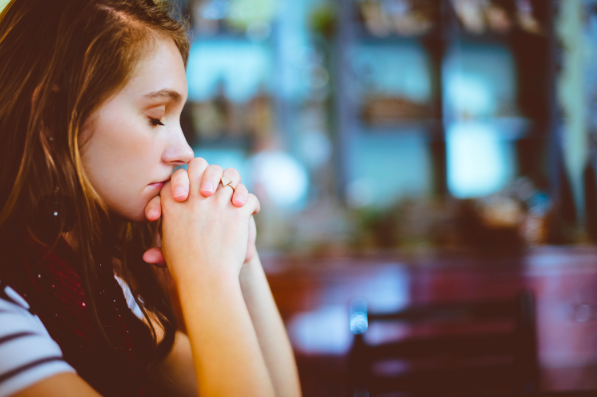 Over the past ~12 months I’ve been able to get back into the habit of reading. I consume both ‘real’ and audio books. In this day and age of podcasts, I am surprised that audiobooks haven’t gotten the entire world rooting for them. It’s so easy to absorb the content when commuting, going to the gym, doing groceries. Anyways;

Something I haven’t been able to do, is to write about learnings consistently. That’s due to a combination of lack of dedicated time (I haven’t granted myself the time and peace of mind to sit down and write) and the fact that I don’t want to spoil the book’s learnings. Every good book, however, deserves people rooting for them. A few months ago I read Success Habits by Napoleon Hill. His works don’t go without criticism, however, there are several decent concepts present in his books. Go check out both the books and the reviews, and form your own opinion. For me, the concept that stood out – and would love to see more of in this world – is the concept of accurate thinking.

Below is a thread I shared on twitter earlier @timenbaart. I’ve edited below for readability.

Now time for something else: Accurate thinking. In times of Walls, Brexit, Maillot Jaunes and other tensions inspired by factual inaccuracies, a review of an eternally relevant topic. Thread 👇

Many inaccuracies and false representations of the truth are shared in public debate when we read the media. Misrepresentations influence the climate, political debate, economy, businesses, and religions, as they act as a base for decisions.

Individuals, politicians and propagandists (including very well-educated individuals) often indulge in the bad habit of assuming facts to harmonise with their desires. Assuming a fact in order to fit the nature of what you want to do is one of the easiest things. But wishes can only be converted into facts by taking action. Not just by assuming. Unfortunately, these wishful facts often get a podium. Either because they fit the desire of a larger group, or because they go against popular belief (and will therefore be fought).

That is why accurate thinking is so important. Sometimes we should take a step back. I encourage each and every person to enrich themselves with the power of accurate thinking. There are a lot of people who believe they are thinking accurately. But the majority doesn’t think at all. They just think that they think. They are snap judgement thinkers. Napoleon Hill proposes three important fundamentals:

1) Inductive reasoning: reasoning based on the assumption of unknown facts or hypotheses. This means you don’t have all of the facts, but you assume some facts must exist

2) Deductive reasoning: reasoning based upon known facts. Facts that you know to be true, or believe are to be facts. Lots of people stumble here as they believe things are facts, whilst they are dealing with gossip or hearsay evidence

Something that ‘they said’ or something that ‘I have read’. These words should alert an accurate thinker. When someone starts a statement by saying ‘I heard’ alarm bells should ring. Don’t automatically register the statement that follows as a fact.

3) Logic: Guidance by past experiences, similar to those under consideration at a given time. When reaching a decision, then submit the proposition to logic. Is it logical that the decision I arrived at is correct? Asking this will save you an awful lot of trouble

Besides these fundamentals there are two major steps:

Unimportant facts take up a lot of our time. No matter how you handle them, these facts will mean nothing to your objective. Many of those facts are just a waste of time. Devote your time to the important facts, as much as possible.

On to something usually without any value: opinions. Typically based on bias, prejudice, intolerance and guesswork. Most people have opinions on anything and everything. Some make for a good read, but are still worth nothing, as they lack any practical or scientific means. Napoleon Hill describes a dialogue between two men: “Do you really believe Einsteins relativity theory?” “Heck no, what does that man know about politics anyway.” People have opinions about anything.

Opinions make for great smalltalk. We should, however, ask ourselves what influenced our opinions. Did we come by any evidence that we can label as ‘fact’? Are we entitled to this opinion? It’s easy to have an opinion. It’s also easy to make ourselves look stupid.

Besides opinions, there are other things often worth little or no attention: Advice. Especially free advice, without any skin in the game. The moment you start to talk about any plan, objective, goal, there will be many people with advice. Especially those close around you. It’s good to seek information from others. Get all the knowledge and facts you can get. And get into the habit to do the thinking on your own. Allow for no one to do the thinking for you. That is your responsibility. Evaluate the facts, and create your own ideas and opinions.

Seek information. But submit it to the law of logic, and of evidence. And when you submit it, make sure that the underlying facts are real evidence when you decide. You can’t get to the bottom of hearsay evidence, or second-hand evidence: it’s inherently unreliable.
In this time of information abundance, we are forced to rearrange our habits. Where society was relying on institutions acting as information curators, todays institutions are merely the facilitators of content distribution. It is up to each and every one of us to curate. Quit the business of being influenced by what the gossiping neighbour says. Read an article with a question in the back of your head, and do a lot more thinking on your own. Pay no attention unless something is supported by evidence.
Ask this question more often: How do you know? You will be amazed with how many people make statements about things they can’t backup. Look for logic, inductive reasoning, deductive reasoning. How do you know? Be an accurate thinker.
Image credit: Unsplash

What should I read?

After a couple of years of mostly reading blogs, web content and newspaper articles, I doubled down on reading books again. Not just books with letters and words, but audio books as well. Audio books allow me to triple my monthly read-rate, and it actually gives me an impression of how many hours I spend reading.

Taking in audio books requires a focus on the content. I find it difficult to do anything else that requires a working brain – it will cause me to zone-out of the audio. But especially when traveling, I find it easy to spend many hours listening.

I prefer audio books over podcasts. The quality of podcasts is definitely going up, but nothing beats a well written book (yet).

Depending on the amount of pages, I am averaging 2,5 book per month now. I’ll add a section to the site, Books, to give small break-downs of the books I liked, hoping that it might trigger you to start reading it too.